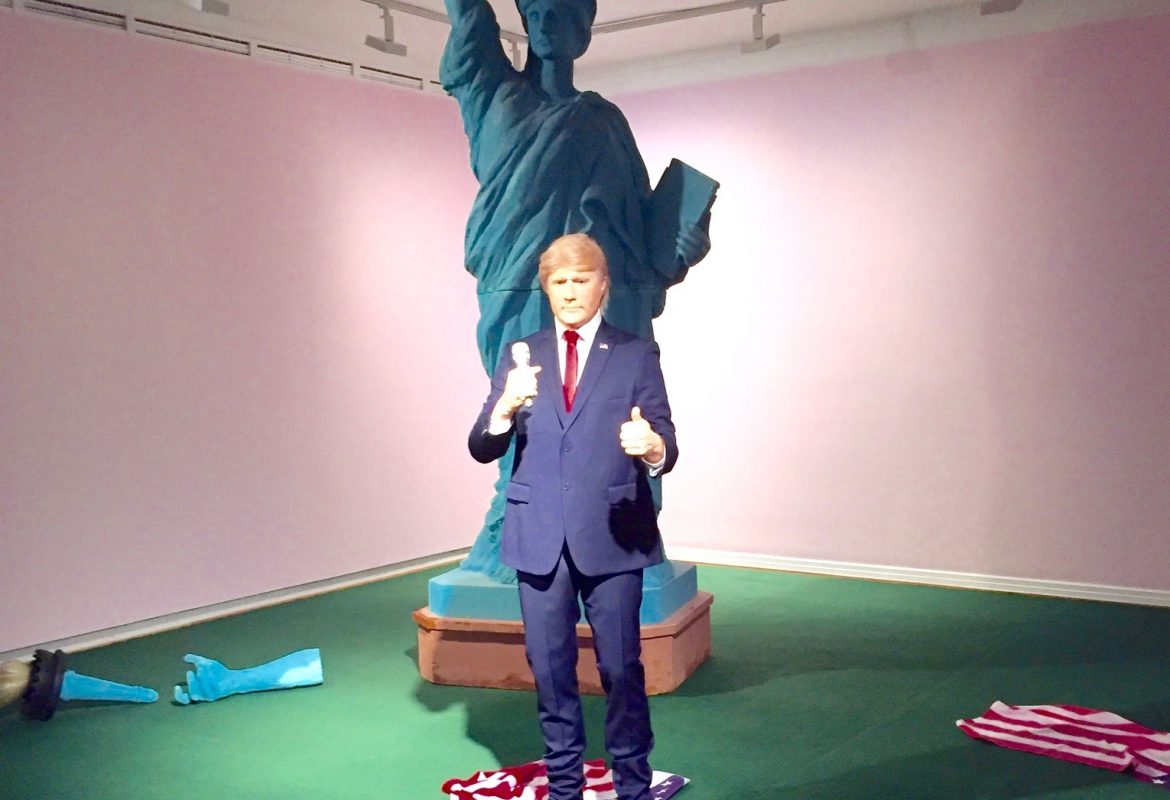 For norsk klikk her Donald Trump was born the 14th of june 1946 in Queens, New York. Before the election campaign for this year's presidential, he was widely acclaimed the reality show The Apprentice. His most famous quote is "You're fired!", which has been used against him in the election. His hairstyle is also a much discussed topic, as well as his behavior. Already in elementary school his behavior was a problem so this is a man with temperament. But Donald Trump is so much more than that. First and foremost he's an obscenely rich businessman, and several buildings in Manhattan bears his name. As a businessman he goes in his father's footsteps, Frederick Trump jr.

Today, however, it is the politician and the presidential candidate Donald Trump that characterizes the media. While most previously thought that he had not the slightest chance to become the Republican presidential candidate, now there are more fears that he can be the next US president. Despite strong and unreasonable statements that Muslims should be denied entry to the US, building a wall against Mexico so it does not escape adverse Mexicans into the United States, and last but not least; his horrific view on women, he is close to his Democratic rival Hillary Clinton in the polls. After the first debate between the two however, it seemed that Hillary Clinton had prepared well, which she even pointed out, while Trump received advice to practice more to the next debate.

Even more people have wondered why there are so many supporting Donald Trump. He has a demeanor that one does not associate with a presidential candidate. Never have the world experienced that a sitting president has warned people against voting for the presidential candidate of the opposite party because of the person like Obama did in connection with his speech supporting Hillary Clinton. In addition it has hardly happened that politicians have chosen to vote for its counterpart presidential candidate, like the Republican politicians Brent Scowcroft, Richard Armitage and Henry Paulson will do according to NRK. This shows how extreme Donald Trump is, then we'll just have to hope that most Americans will take to their senses , and see the threat this man is to world peace if he against all hope will become The President Of The United States. Then the world will be a cold and dangerous place to be.

What then is it that Morten Viskum wants to communicate with us, stepping into the role of Donald Trump?  In an interview on NRK 9/30/16, the day before the exhibition opened, Viskum said that in a way it was him, but only by changing the hairstyle and eyebrows it turned nasty. Having said so, the artist stated his point of view in relation to Trump. Talking about nasty, it's hardly the statue itself Viskum is talking about, but what it represents that evokes such a reaction in him. Now wonder, considering that the casting is himself, while what it stands for is something the artist himself is strongly opposed. This use of casting itself to prepare people or events which is contrary to the artist himself, is something we will go deeper into when all of the self-portraits have been presented. Morten Viskum as Donald Trump is wearing a dark suit, with a pin of the American flag on the left lapel, black shoes, white shirt and a red tie. In his right hand he is holding a microphone and with his left hand he is holding thumbs up. This is an outfit we have seen Trump in many times, but the strongest identity marker is his hairstyle. In Tonight show 9/14/16 the presenter Jim Fallon was allowed to shake Trump's hair, probably as a charm offensive. The outcome may well be discussed, but it shows that when Morten Viskum changes the hairstyle, all of it will be associated with Donald Trump. The microphone and the "thumbs up" speaks for itself. At the opening of the exhibition one person who stood next to me commented that he had too big shoes, and yes, there are many who surely belive that he has threaded into "too big shoes".

If we go further with the installation, we see that behind Trump, we find the Statue of Liberty, the strongest symbol for freedom and democracy. It was given by the French people as a symbol of their mutual friendship with the Americans, and it was unveiled October 28, 1886. The torch of Lady Liberty's hand should light the way for those who do not experience freedom and democracy yet, and the seven spikes on her head symbolize the seven continents. In the other hand she carries a book with the date Declaration of Independence  was signed; 4th July 1776. In a periode when people emigrated to the US many of them came to New York, and since it was freedom and a better life they sought, this statue must have been a strong symbol for just that, entering New York. The Statue of Liberty behind Donald Trump at Morten Viskum's exhibition is however damaged, the arm with the torch who will light the way to freedom and democracy is broken and is lying on the floor. This can be read as a strong protest against Trump's statements against Muslims, Mexicans, and his view on women. Trump has previously sown unfounded doubts about Barack Obama's birthplace, called Birth affair in 2011. Now he makes an about-face and admit that Obama was born in the US, something The White House documented back in 2011 by presenting his birth certificate. What he wanted to achieve with it, you may well be asking. Surely there is at least to be 35 years old , being born US citizen and have lived in the country for at least 14 years to become the US president.  With his sometimes strong racist statements one can ask if it is because Obama is the first black president Donald Trump has made such an issue of this, in that case it is just another proof of racist attitude. Is it such a man one wish to be the next president of United States? If so, it has little to do with the symbolism of the Statue of Liberty to do, no wonder Morten Viskum let it be damaged. It is Viskum's strong expression about what he thinks about Donald Trump; Trump more than anyone could do with the light showing the way to freedom and democracy. To reinforce his view further Viskum allows Trump to stomp on the American flag, it lies on the floor , divided into two pieces, the United States is disintegrated. The treatment on the flag stands as a strong expression for what Donald Trump is doing to the American people, and we may add, what the American people will face the rest of the world if he is elected the next US president. He will not "Make America Great Again!" 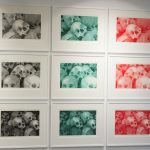